Pro cycling’s grande boucle starts Saturday in the “Alberta-flat-like” area of France’s Vendée Department. The day’s racing will be much like we have around home, with cross-winds and echelons playing key roles in this first stage. Sportsnet will have coverage all throughout the three weeks the pros spend racing around France.

The UCI and WADA have settled their salbutamol case with the Chris Froome. He will be racing. Like it or hate it, I respect the officials’ ruling. As you know, Respect is one of my core coaching values. That includes Respect for officials’ rulings. I can’t change their ruling — it’s way out of my circle of influence — so I’m not losing any sleep or typing any more characters about it. I’m just glad it’s settled … finally!

I’m keen to see how Froome races, coming off his Giro d’Italia win in May. He’s won each of the last three grand tours in succession, with a winter break between the Vuelta and the Giro. Marco Pantani was the last rider to pull off the Giro-Tour double in the same year. So the odds aren’t favouring Froome, especially with the mental energy I’m sure he’s spent on his WADA case.

I think the strong man favourite will be Columbia’s Nairo Quintana. Peter Sagan will be entertaining, and my pick for at least the cobbled stage to Roubaix on Sunday, July 15. If Sagan is truly on-form, he should take his tie-setting (with Erik Zabel) 6th Green Jersey title.

Stage 7 on July 25 is silly-short for a grand tour at only 65km. Yet it looks crazy-hard, entirely devoted to three wicked climbs back-to-back-to-back. And it has an unusual start format. The top 20 General Classification riders will be seeded on a grid, Formula 1 car racing style. If you only have time to watch one stage, this could be it.

Anyone else want to share their predictions? Is this the year that Mark Cavendish finally surpasses Eddy Merckx’s all-time record of 34 stage wins. Cav has 30 so far in his career. But he’s getting kinda “old” for a sprinter, at age 32.

Every season should have some kind of goal event. If you haven’t set one for yourself, and have been riding regularly — especially riding most of our club rides — then consider entering this year’s edition of Le Tour de l’Alberta. It’s not a race, it’s a ride, with options for every ambition. Taking place on July 29, it can be your own special way of celebrating the end of Le Tour de France!

The final price increases on July 16. Read all about it here: http://www.tourdalberta.ca/ And register on Zone4 right here: https://zone4.ca/register.asp?id=15874&lan=1&cartlevel=1

We’ve got some club racers lining up this weekend to test their legs against racers their own age for a change. Provincial Masters Road Racing is on the classic Stampede Road Race course just outside of Madden this Sunday. It’s looking to be a warm 25° on race day, so hydrate well racers … before, during and after your race.

Crits at Castrol Will Return!

We’ve got the wheels rolling for the next event, on Tuesday July 24. ERTC will be the host club. Stay tuned, and expect the format to stay the same.

Change Up to the Saturday Ride Departure 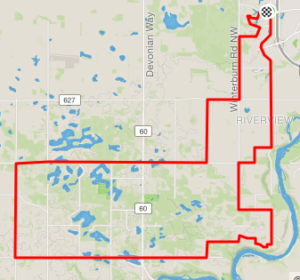 As I’ve hinted, I think we should try out a new start location for the Saturday ride. It will move to the west side this weekend, covering some of the roads we were on this spring.

Sticking to the 10am start time, meet in The Grange Save-On-Foods parking lot. That’s just off the Henday, at about 199 St. and 62 Ave (Callingwood Road). The ride will head south on 199 St. into the Nighthawk Golf Course area, and towards Devon.

Here’s your Strava link to my suggested ride route: https://www.strava.com/routes/14170074

I’ll still be in Penticton through this weekend and next week. So please keep yourselves organized out there!

On Sunday members who aren’t racing Masters can still meet at the Spruce Grove Tri-Lesiure Centre for the loop north through Glory Hills.

Head for the City Hill Circuit on Tuesday evening, and Threshold Intervals from The Garrison on Thursday.

Life is short. Enjoy your ride!